Dan Moskovitz was named Senior Rabbi of Temple Sholom in July, 2013. Prior to joining Temple Sholom, Rabbi Moskovitz was Associate Rabbi at Temple Judea, in Los Angeles, California for 13 years. Rabbi Moskovitz is the author of numerous articles and publications including The Men’s Seder (MRJ Press) an experiential journey through the Passover Seder for Jewish men. He is a frequent lecturer to Jewish professional groups on the use of technology in Jewish organizations and Jewish men’s issues. Rabbi Moskovitz is a recognized leader in the design of synagogue communications technology, including the development of a comprehensive trans-denominational Hebrew calendar now in use by over 5,000 rabbis, educators and Jewish professionals worldwide.

Rabbi Moskovitz’ rabbinate has been shaped by his focus on fostering relational communities, his lifelong commitment to interfaith families raising Jewish children, and his work with Jewish by Choice. His approach to Torah and progressive Judaism is imbued with a passion for social justice and community collaboration.

As a teen, Dan was the International President of AZA, the boy’s division of the B’nai Brith Youth Organization (BBYO). Rabbi Moskovitz has since been the recipient of several local and national awards, all having in common recognition for outstanding service and leadership. He is a graduate of American Jewish University and Hebrew Union College-Jewish Institute of Religion, holding graduate degrees in Jewish Education, Hebrew Letters and Rabbinic Ordination.

Rabbi Dan is also a passionate baseball fan, especially of his hometown San Francisco Giants. He has completed two full marathons, enjoys fishing the streams and lakes of the Sierra Nevada and is an avid student of American history. Dan and his wife Sharon Mishler have two sons and a daughter. 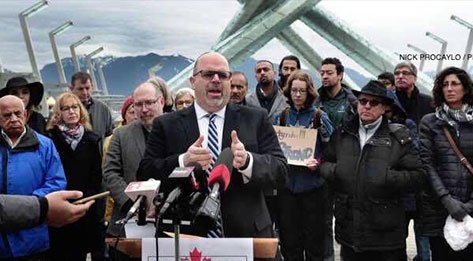